It's been a while I know, but I thought my loyal blog followers might appreciate an update. 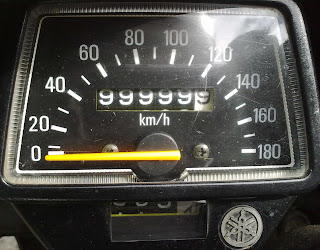 Whilst out on the Yamaha this afternoon it went from being a bike with a very high mileage to one with a very low mileage. 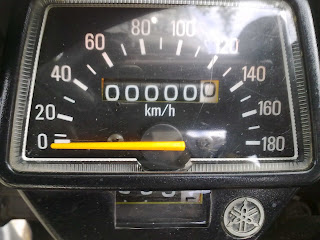 I got back home on Saturday afternoon, I managed to last until Monday morning before I had to go out on the bike again (and you're right - that isn't High Wycombe in the picture).

On Wednesday I took the bike for an MOT test. Now obviously after more than 40,000 miles it didn't pass. So, having ridden for 11 months on bad roads, no roads, dirt, sand, mud, snow, corrugations, gravel, rocks, floods, landslides and river crossings what was the one thing it failed on? A deteriorated numberplate. 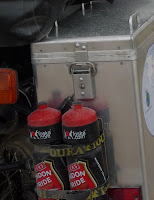 So if I was doing it all again what would I do differently? Well I'd take a universal sink plug with me. And that's about it. I'd try to carry less luggage but I don't know what I'd leave behind. Oh, and I wouldn't carry my water in two Fuller's London Pride water bottles. When you're riding across some of the hottest and driest places on the planet it doesn't half make you fancy a pint.

Two days of train travel made a change, but everytime I saw a stretch of road out of the window I found myself looking at it longingly. So I decided to hire a car for the trip back to Frankfurt.
Its been a long, long time since I last drove a car and, even though it was only small, in comparison to what I´ve been used to for the last 11 months it felt like I was driving a bus.
With luck the bike and I will be reunited tomorrow morning and then I´ll start heading back to England. Which I suppose in a very roundabout way I´ve been doing ever since I left. 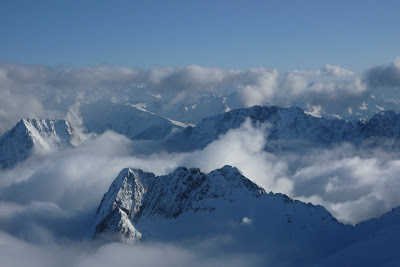 When I left Buenos Aires the temperature was 30 degrees so minus 18 on top of Germany´s highest mountain came as a bit of a shock to the system. 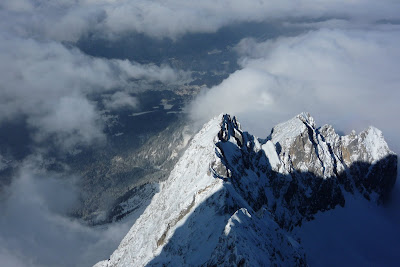 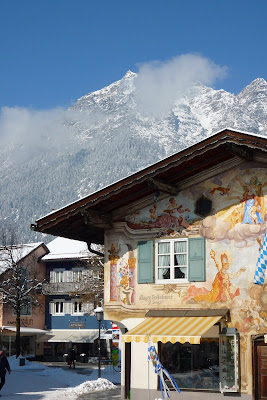 The German Olympic team arrived in Garmisch last night. They´re sponsored by Milka, and now so am I. 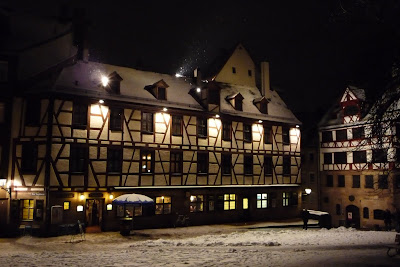 I stayed in Nurnberg at the start of the trip and I´ve returned for 2 very good reasons:

Unfortunately all the beer drinking has left me with no time to visit the pigeon museum, the beer glass museum or the garden shed museum. All good reasons to return I´m sure.